We will start by getting the paths to all the downloaded images into a text file. Run this line in terminal with correct path to images’ folder and path to text file in which we need to append all the paths to images.

Now we need to label the images. I am assigning labels starting from 0. It is recommended to sort all the names in text file, so we can divide the whole dataset into train and test datasets with reasonable number of images of each class in both datasets rather than randomly the whole data.

As we have labeled and sorted the whole database, now, we divide it into two sets namely train_data.txt and test_data.txt. Try to keep the ratio of “no. of train images/ no. of test images” constant for all the classes. Now, we have train_data and test_data to proceed on to next step.

I am going to extract features of every image using the pre-trained models. After extracting I am gonna train SVM classifiers to predict the classes of test_data.

Link to the code to extract features and to train SVMs id here on GitHub.

As the installation page on Caffe has no detailed instructions to install all the dependencies required and get your system ready to run CNNs , I am writing this small tutorial to set Caffe Up and Running on your machine.

Firstly, we will get stared by downloading latest release of Caffe from github. (You need to have Git installed on your machine)

It is advised to use Anaconda Python distribution as it installs most of the requirements for python wrapper around Caffe (though it install a lot of packages we have no use). But, installing Anaconda is up to you.
Download Anaconda and run shell script. Add the path of bin to #PATH in file ~/.bashrc.

Get gflags and install on your system.

Download google-glog and install. You can also install through apt-get. And install snappy.

Get leveldb onto your machine and lmdb with its dependencies.

Download Atlas and Lapack (directly downloads when you click on link!). But before installing, you need to modify your CPU frequency/scaling. You you get errors saving the file, try to use different editor. I have tried sublime, gedit. Finally with I can modify with emacs. Change the scaling for all of your CPU cores to replace the single word in the file with ‘performance’.

Install dependencies for python wrapper if you didn’t choose to install Anaconda Python distrubution. The dependencies file is in caffe/python. And install hdf5 via apt-get.

Download latest 3.0.0-beta version (file automatically downloads if you click) of OpenCV and build it. But before install all the dependencies of OpenCV.

Now, we are almost done with getting all the dependencies of Caffe. So, lets dive into getting Caffe up and running on our machines. Modify the makefile as your needs as shown in installation page.

If you have errors while installing even followed this tutorial, you can search for any known issues on their issues page. One of the errors I faced is this. And I am able to solve it as suggested in the comments section of issue page.

At last, now, you have Caffe installed and running on your machine.
Happy training Deep Neural Networks. 😀

For each answer you get right, we donate 10 grains of rice through the World Food programme to help end hunger

That’s what guys at freerice.com say. So, I answered 10,439 questions correctly, ending up donating 104,390 rice grains. 😀 As I mentioned in one of my previous posts, I am working on OCR (Optical Character Recognition) to win a bet with my friend. I have completed building an OCR system and donated 104,390 rice grains on this website freerice.com in a single day under United Nations world food program. As I said, I built this just to win a bet. This whole post is one down and dirty way  to build a working OCR system. I know this isn’t efficient way to do this even. (that’s the reason for MARK I 😛 ) Here’s a screenshot of my score (aka rice grains donated) on that site-

And a screenshot while the code is running:

So, lets dive into the juicy part, the code- The whole process is divided into small points.

I have briefly commented what’s each line is contributing to the code, making it as a whole.

I’ll be back soon with MARK II of OCR system and next time I’ll not be using TesseractOCR. (Target accuracy- 90% (just a thought, though)) If you have any questions or some feedback, please feel free to add comments. I’d be happy to get some feedback from you.   So, happy donating. Any time

Today we are going to train a cascadeDetector, which returns an XML file. We can use that XML file  to detect objects, cars (only from side-view) in this case, in an image.

As we are going to use matlab, I assume you have matlab installed on your PC along with image processing and computer vision toolboxes. The whole post is of two steps:

The following pic. says it all.

Before going into the topics, lets see what we are going to build:

First things first, to train a cascade detector we need a dataSet. A dataSet contains a lot of positive and negative images for a specific object. So, download the image dataBase from here. You can see a lot of image files (.pgm) in folders testImages, trainImages. You can get an overview by reading the ‘README.txt’ file in that downloaded folder. In this part we are concentrating only on trainImages folder and in next part we get onto teatImages. Make new folders ‘trainImagesNeg’ and ‘trainImagesPos’ and remember the path. Copy&Paste or Cut&Paste the pictures in ‘trainImages’ folder to these new folders. (you may know all the negative pictures are named neg-n.pgm and positive pictures as pos-n.pgm if you read that ‘.txt’ file)

So, here is the line to train your data:

So, what’s with those arguments? Where the heck are they initialized.

Here we go, the first argument, a xml file is going to be saved in our current directory, so that we can use it for detecting objects. You can name it as you wish, but don’t forget the extension ‘.xml’. Next argument is actually a struct in matlab, which is the data of all positive images. It contains two fields namely imageFilename and objectBoundingBoxes. Size of this struct would be 1x(no. of pos images), 1×550 in this case as we have 550 pos images. Have a look at this:

In the first field, the path of all 550 pos images are entered and in the second field the bounding boxes of our image of interest. As we got this whole data of images from a dataSets site, rather than collecting from internet, we don’t need to take that huge task of manually putting that values of bounding boxes into second field. (Thank God) Those values in second field are like [x of top-left point, y of top-left, width, height]. All the pictures in the dataSet are of size (100,40), and are already cropped to the image of interest. So, we can just select the whole pic by giving arguments as [1, 1, 100, 40]. And add that folder trainImagesPos to matlab path by right-clicking on it and click addpath.

For a good training, there should be a large number of negative images. As the number of neg. images in the dataSet are relatively low, I copy&pasted a lot of my personal images into that trainImagesNeg folder (make sure they don’t have pics of cars in side-view).

You can learn more about this function trainCascadeObjectDetector here.

Now, run the code with all arguments initialized. It took around 40 mins. to complete 13 stages of training on my laptop and returned a xml file.

Stages? What do you mean by them? Where did they come from?

2.  Detecting objects in an image.

After successful training, we can use the xml file to detect objects (cars in this case) in a picture. These lines of code will do that for us:

I have manually tested my trained xml file with all the pics in the testImages folder. It has an accuracy of 93% and out of 180 images these are the statistics:

As usual my training has a small defect. You can understand by seeing the pic below 😛 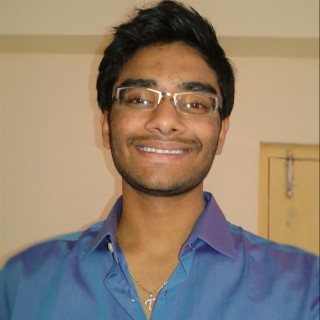